At the beginning of this week it was exciting to see that all of our eight satellite tagged shorebirds from North-west Australia had made it to the northern hemisphere.  They are now all at their 1st/2nd stop-over site, fuelling up, and preparing to make their next leg of the journey.

All three Whimbrels have now landed in southern China.

The first departing Whimbrel JX made its first landing at Guangdong Province on 20-Apr-18 (5-7 days after it departed from Broome). It then applied a “hopping” strategy, making short stops for 4 days each in Guangdong and Zhejiang Province and now staying on mudflats in southern Jiangsu Province. 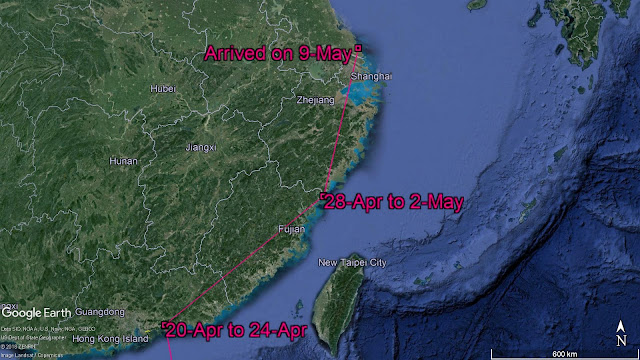 The second Whimbrel KU departed about 10 days after JX. KU was our “home runner” who made it all the way to the breeding ground and back to Australia last season. This year KU departed 5 days later than last year on 22-Apr-18. Similar to the previous year it made a direct long-haul flight to reach southern China as its first stop. However, this time it landed in Guangdong Province rather than Fujian Province where it first stopped-over last year.

However, KU didn’t stay for long in its first landing location. Four days later on 30-Apr-18, it migrated north again for 350km and stopped precisely at Xinghua Bay, Fujian Province, the site where it used as its first stop-over site in 2017!

On 26-Apr morning before KU landed on China, it’s flight direction was drifted to the east for nearly 700km. This detour might have caused KU to landed in Guangdong Province rather than its “planned” location in Fujian Province. It would be really interesting to see if KU will use the same stop-over sites as last season as it migrates further on! 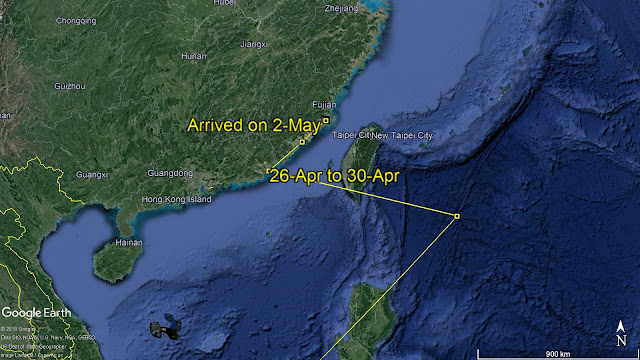 After spending the non-breeding season in Eighty Mile Beach during its first and second years of life, Whimbrel LA made the first northward migration in its life this year. It departed Australia rather late on 24-Apr-18 and made a direct flight of 4,980km to land in Fujian Province. The area in which LA stopped-over is in the same bay, just 25km further south, to the area that KU has been using. How does LA know that site is suitable for Whimbrels?! Four days later, LA moved on to reach Jiangsu Province and has been using area of both mudflats and aquaculture ponds. 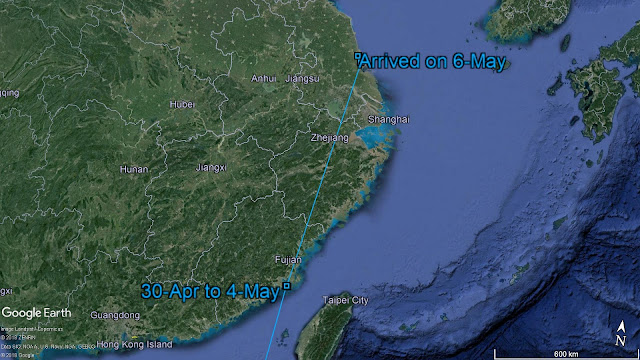 Despite its late departure, LA is now the northern-most Whimbrel among the three. Will it also be the first bird to reach breeding ground? 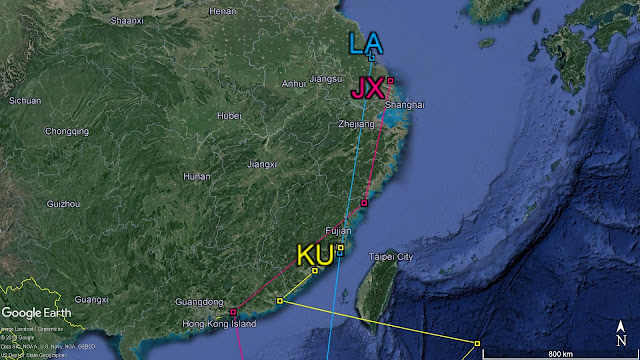 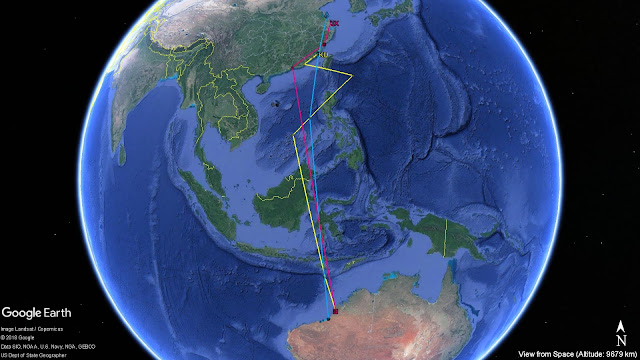 Migration summary of our Whimbrels

Between 25-Apr and 2-May, the five satellite tagged Grey-tailed Tattlers at Eighty Mile Beach have also started their migration.

LBX and LDN were the first two to depart on 25-Apr evening. Rather than making a direct long-haul flight to the Northern hemisphere, they both decided to make a stop in Borneo. LBX stopped for 5 days at the east coast of Borneo in North Kalimantan, a site which was also popular for Great Knot and Red Knot as per previous satellite tracking data. LDN landed on the west coast of Borneo on the Malaysian side near the town Bintulu and stayed for 8 days. 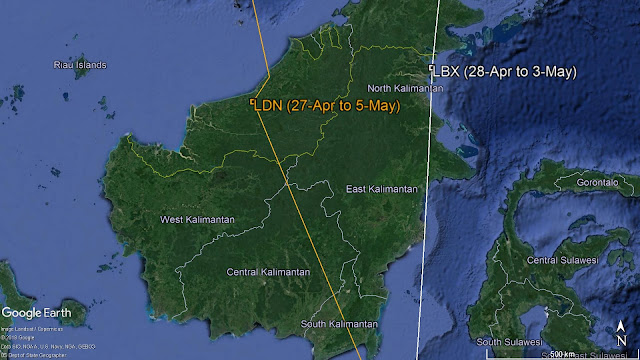 LDN then moved on migrating north to reach Guangxi Province in China on 8-May-18 and is currently just less than 140km from the forth departing Tattler LDU. LDU departed Australia on 28-Apr-18 evening and made a direct 5-day flight to reach Leizhou Peninsular in Guangdong Province. After stopping for a day, it flew west and crossed the China-Vietnam boarder. 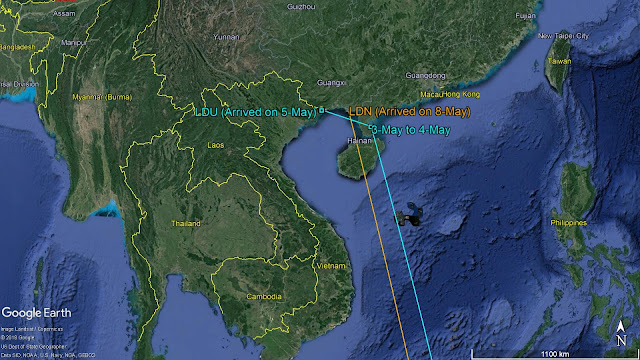 Fig 7: Location of LBZ, LBU and LBX in the Philippines 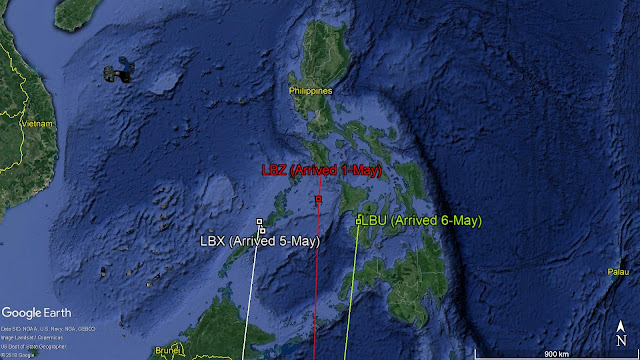 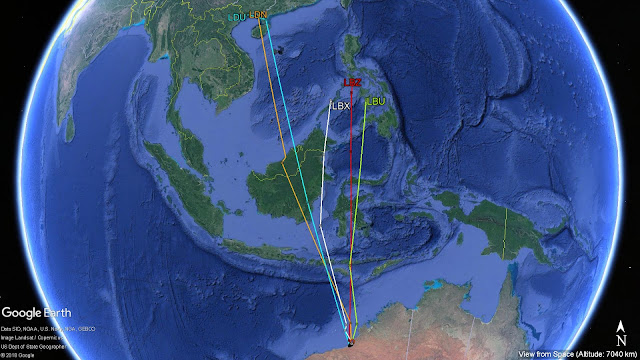 Posted by Rick Simpson Birding at 14:16