2017 a great year for wader festivals in the UK

There will be more wader related festivals this year in the UK than ever before and Wader Quest is proud to be associated with all of them. 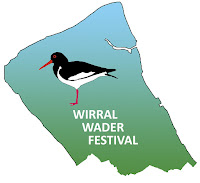 Wirral Wader Festival 8th - 10th September Hoylake and West Kirby, Merseyside UK. Attended by Rick and Elis Simpson with a stand with Wader Quest information and merchandising (Friday evening talk by Iolo Williams only) and Wader Quest volunteers and Trustees throughout the weekend at the birdwatching venues.
The original Wirral Wader Festival, taking place for its third year. Slightly different this year with a greater emphasis on the birds and high tide roost watching and protection. The added attraction this year will be a talk given by Iolo Williams on the Friday evening. Details to follow.

Walney Wader Festival 21st - 22nd October South Walney Nature Reserve - Cumbria Wildlife Trust, Barrow-in-Furnace, Cumbria, UK. Attended by Rick and Elis Simpson.
Now in its second year, Wader Quest is delighted to have been invited back. Details: Rick and Elis look forward very much to giving a talk there to local wader enthusiasts and running a stand with Wader Quest information and merchandising on both days.

North of England Curlew Festival We have already enjoyed the first ever festival dedicated to one species, in this case the Curlew, which took place at Bolton Castle. People gathered to discuss the plight of the Curlews in the region as a follow up to the Southern Curlew Workshop earlier in the year. Members of the public were also engaged with a series of activities so, as an exercise in raising awareness about the Curlews continuing decline, it was a great success.

Other events that Wader Quest will be involved in this year include;

British Birdwatching Fair 18th - 21st August Rutland Water, UK; Attended by Rick and Elis plus volunteers and Trustees. Details: Stand in the usual place Marquee 7 stand 67, talk Saturday 20th 12.30 Lecture Marquee 1 The World's Rarest Waders. A look at some of the world's rarest and most intriguing waders. We explain why they are so rare, and investigate what is being done to help them 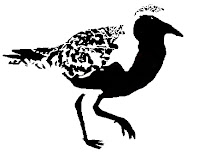 Wader Conservation World Watch 4 4th - 5th November Wherever you happen to be in the world.
Another chance to go wader watching to support wader conservation and conservationists. Get your birds on the collective world list and your name on the Roll of Honour. 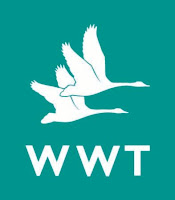 Posted by Rick Simpson Birding at 15:15