After a couple of days resting and dealing with a backlog of work, Elis and I were desperate to get back in the field and look at some waders again, it is a long time to our next scheduled trip in August after the Bird Fair. So, knowing that there were Spotted Redshanks at Titchwell, we drove up there to see them, and see them is all we did, they remained right at the back far corner of the freshmarsh for our entire visit there! So here is a photograph of one we took last year instead.

Here's a photo of the bird we saw today.


It is not of course optimum wader time but we did see the now seemingly resident Red Knot flock, one or two of them in summer plumage. It is assumed that these are birds in their first full summer, it is not unusual for some Caldrids of this age to spend this season on their wintering grounds while others only partially migrate north.


There was also a good flock of Bar-tailed Godwits, only one of which as far as I could see was in summer plumage.


and unphotographed Black-tailed Godwits and couple of Eurasian Curlews.

One beligerant Pied Avocet took objection to the proximity of some ducks and proceeded to see them off. 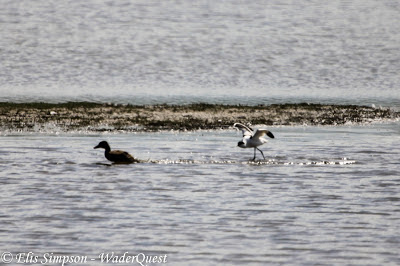 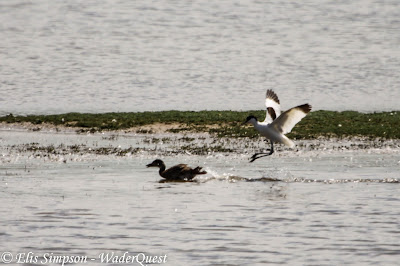 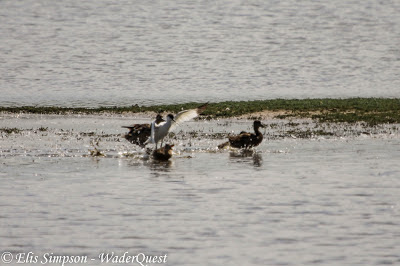 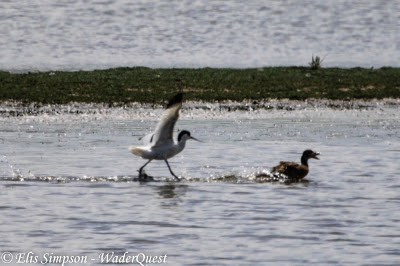 and here am I sporting the Wader Quest T shirt, I'm not sure I look quite as good in it as Renzo did!

Posted by Rick Simpson Birding at 15:14