Finally today got a chance to get away and we took the opportunity to whizz over to Gloucestershire late in the afternoon. It was a lovely sunny afternoon with plenty of birds about, but the target of course, at the Coombe Hill Nature Reserve, was Red-necked Phalarope. 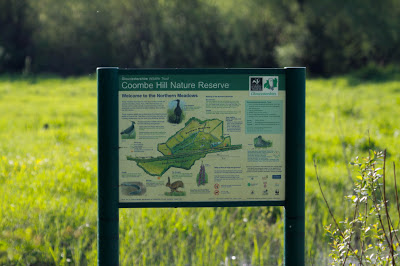 When we got to the spot where the phalarope had been residing for the last few days, we were relieved to see a female summer plumaged bird. We were really happy to have seen it for the Wader Quest list naturally but we only allowed ourselves a 'low five' as opposed to the customary 'high five' as the bird was so far away. Nevertheless, it was species number 95 for Wader Quest. 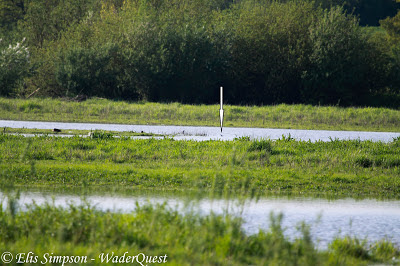 Getting even a record shot was going to be difficult. But with the full telephoto lens and some fancy 'developing' back at home, we did get this record of our sighting. 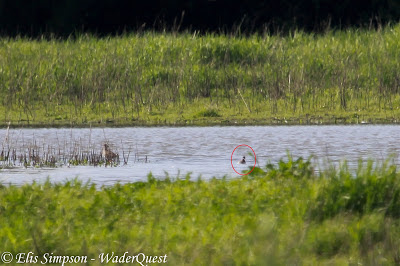 We wondered about the lack of photos of this bird on the internet, having now seen it it is clear why there are none. Other waders seen were Eurasian Oystercatcher, Common Redshank (in the picture with the phalarope above) and Eurasian Curlew.

We haven't been able to get out and about much this last week due to family commitments so today we were really pleased to hear Cuckoo and see Common Whitethroat for the fist time this year. There were also several singing Sedge Warblers. 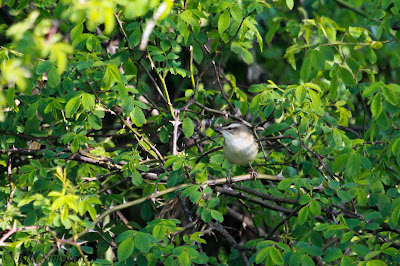 Other evidence that spring is with us were the lapwings in full display and song, the swallows and a single swift swooping over the pools. An amazing Dunnock was singing its heart out... 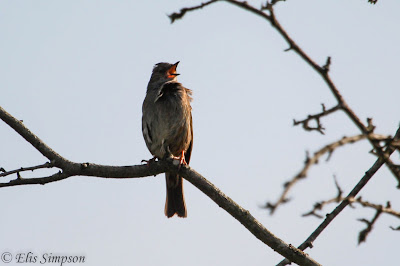 ducklings were being led to the water... 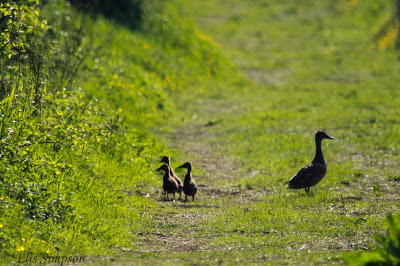 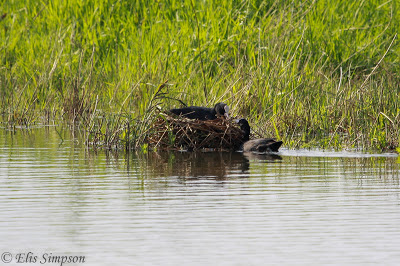 and apple blossom was glorious in the late afternoon sunshine. Oh! And it was warm too! 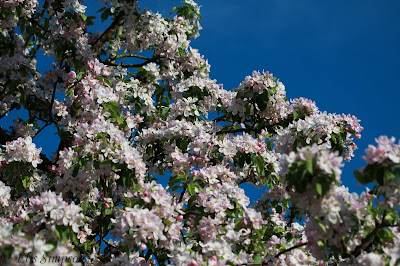 As we left, we had this pike pointed out to us in the old canal near the car park. 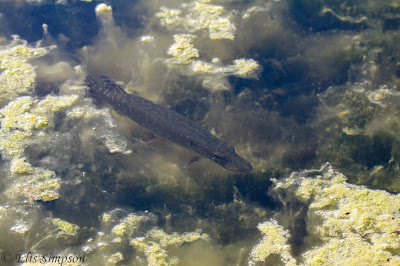 Posted by Rick Simpson Birding at 14:32