Vulnerable, endangered and near threatened species we have seen on Wader Quest.

Nordmann's Greenshank. We got distant views of this bird making photography difficult, but with a scope we were able to watch the birds quite well for a time, we hoped they'd move to a closer location but it was not to be. 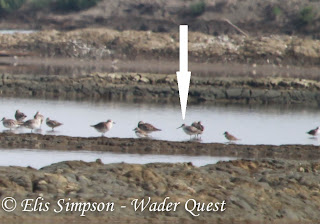 The population of this bird is as low as 500 - 1000, mostly due to habitat loss, hunting (particularly on the breeding grounds in Russia), pollution and disturbance. There are protected areas set up for this bird in Russia and along some of its migration routes. It has been classified as endangered since 1994.

Eastern Curlew. We didn't see it well as it was in flight with a flock of Eurasian Curlews where it stuck out like a sore thumb. We hope we'll catch up with these and get some photographs in Australia. 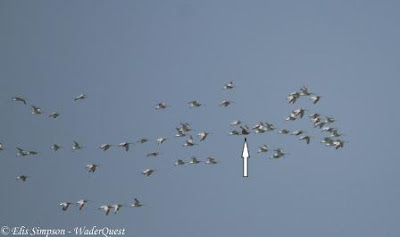 This species was added to the vulnerable category as recently as 2010 where the year before it was still considered of least concern. The main cause of the decline in the species is thought to be the loss of habitat in the yellow sea, which some estimates put at about 50% habitat loss. The population is thought to be between 20,000 and 49,999 and declining.

Great Knot. We saw large flocks of these on the salt pans at Pak Thale in Thailand. You wouldn't know they were so rare there as they were one of the most numerous species. We came across two colour flagged birds, one was flagged locally in Thailand and the other in China.

Again this bird was added to the vulnerable list from the least concern category in 2010. With the building of the Saemanguem sea wall in South Korea 90,000 birds disappeared. Surveys in other areas showed no increase so displacement did not occur. In Australia surveys reflected this great loss too so it can only be concluded that these birds simply perished. The world population is decreasing and its thought to be around 290,000

The first two of this category we saw may surprise some who may not have realised their situation, both he familiar Black-tailed Godwit and Eurasian Curlew are both in this category.

Black-tailed Godwit. Seen on day one at Titchwell. 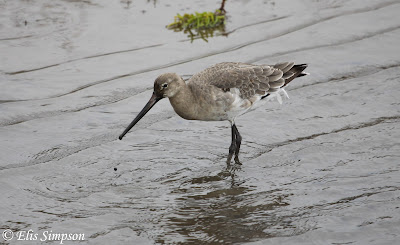 This bird was added to the NT list in 2006, the total population of this species is around 1,182,000. It is mainly declining due to habitat drainage and to an increase in predators.

Eurasian Curlew. Also seen on day one, on the beach at Titchwell. 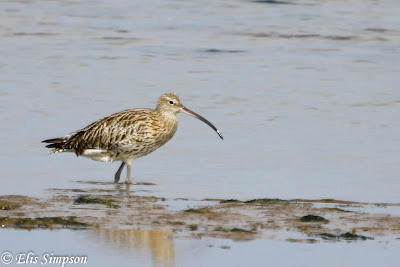 Categorised as NT in 2008 and the population is estimated to be between 77,000 and 1,065,000 and decreasing. The main reason being loss of habitat due to change of land use; moorlands giving way to reforestation and grasslands turned over to agriculture. Steppes have been abandoned in some areas and the grass has grown rendering the habitat useless for breeding. In non-breeding areas habitat loss is due mainly to loss of inter tidal zones.

Malaysian Plover. In Thailand we saw this bird  mixing with other Charadrius plovers (including the un-categorised White-faced Plover). 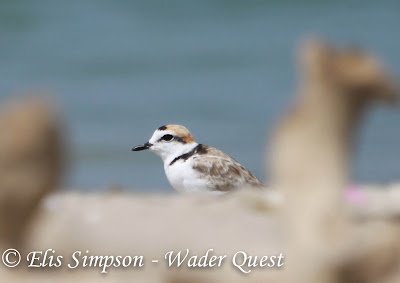 On the NT list since 1988 the population is thought to be around 10,000 to 25,0000 and its major threat seems to be disturbance and development of coastal habitats.

Piping Plover. In Florida we first encountered this species during Wader Quest and we came across some ringed birds originating from Michigan, including the now famous 'Rocky', and South Dakota. 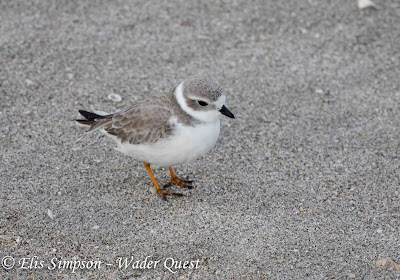 The only bird we have seen in this category whose population in increasing. From 1994 to 2000 it was on the VU list, NT in 2001 and returned to VU in 2004. Since 2005 it has been considered NT. Main threats seem to be drought and poor beach management.

Mountain Plover. We saw a group of 29 on the Carrizo Plian, and a flock of over 100  at the Salton Sea, this may look like good numbers but it is still a species in decline. 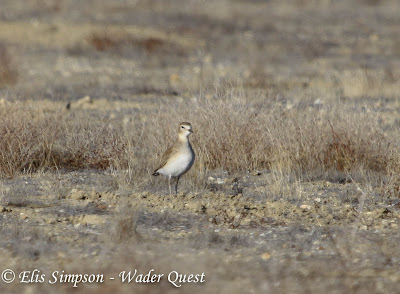 This decline is mainly due to hunting over the long term but recently loss of habitat due to cultivation and urbanisation. It is thought that 70% of nests are destroyed by farm machinery. Loss of grazing herds has resulted in habitats changing to the detriment of the plovers breeding success.

White-faced Plover. On the IUCN list this is described as having not yet been assessed. It is unlikely that it will be considered of least concern and will probably end up in one of the categories above, or even critically endangered. We saw this bird at Lampakbia. 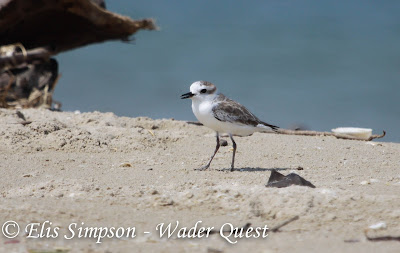 This species was described by Swinhoe, then seemed to disappear off the radar until recently when its status was reinstated as a species by some authors. Further research is bound to reveal the truth about this complex species and then its true conservation status can be assessed properly.

All the above population and threat details were taken from the IUCN website http://www.iucnredlist.org/
Posted by Rick Simpson Birding at 16:24