Migration just started again for our satellite tagged Whimbrels. After the non-breeding season in Australia, it is a delight that all three satellite tags are still working fine. 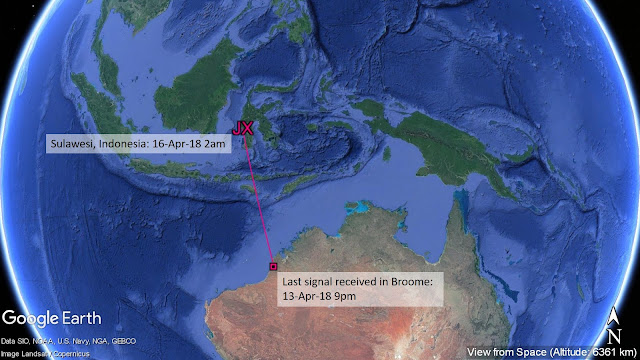 As a measure to conserve solar battery power, our satellite transmitter switch “OFF” for 48 hours after each 10 hours “ON” period. Unfortunately, the migration happened during the “OFF” hours and therefore the exact departing time of JX cannot be determined.

JX northward flight continued and entered Southern China Sea this morning. At 11am today it was just about 500km away from landing. Two days later when the transmitter is switch “ON” again, its first landing location will be revealed. 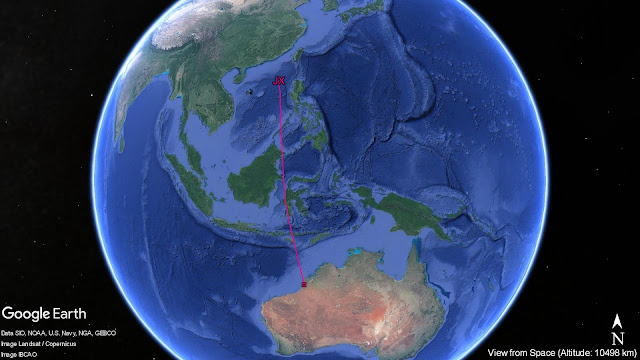 Meanwhile, KU and LA are still at Roebuck Bay and Eighty Miles Beach respectively. It is expected that they will start migration at any moment.

During this year AWSG’s North-west Australia Waders and Terns Expedition, the team have also deployed five 2g satellite transmitters on Grey-tailed Tattler at Eighty Miles Beach on 16-Feb-18. Unlike the 5g satellite transmitters on Whimbrel, these 2g tags transmit signals whenever the solar battery is sufficiently charged. Over the past 2 months, these five tattlers utilize areas up to 23km south to 48km north to the location where they were first captured (15km south to the Anna Plains entrance to the beach).

These birds are expected to start migrating north by the end of this month and their news will also be updated here.

Posted by Rick Simpson Birding at 03:31