A departure from my normal composure.

Generally I like to keep my countenance here on the internet and other public domains, especially where politics and other polemic subjects are concerned. In addition I do not tend to wear my heart on my sleeve sharing my problems with a world that couldn't really give a hoot; if things peeve me or I am upset by a situation, I either do what I can to change those things or if nothing can be done I let them slip quietly away. But, the extracts from the previous blog highlighted below have really p***** me off! They just about sum up everything that is wrong with the world these days and have caused me to feel compelled to have a rant. This rant is not strictly about this particular farmer, after all who among us wouldn't do the same in his situation? (It would however have been nice to detect even a smidgen of regret or remorse for the harm it will do to the birds.)

"... farmers like him are not worried about the impact on the birds because leasing the land to the solar farm operator is more profitable than conservation." Well of course it is, conservation is all about saving something simply because it exists, its worth and value are intrinsic and cannot be measured. If money could be made from saving animals and other life forms from extinction then there would be no need for conservation, everyone would be doing it. Instead the sad reality is that money is, as a rule, to be made by destroying the environment. 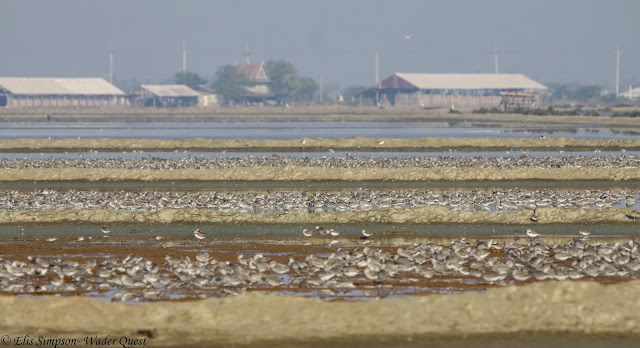 "We don't get anything from the birds. They just come here to catch fish and we don't earn anything from that,” It distresses me that wildlife is only seen and appreciated by the masses for what it can provide for us, as though its only reason for existing is to satisfy some selfish need of ours. If they do not deliver, then they are of no consequence and can be dismissed as irrelevant in our lives or worse still considered expendable. Why must we see everything in terms of what it can do for us rather than what we can do for it after all we're supposed to be the intelligent, superior species here aren't we? I despair of the attitude that the world was put here just for our amusement and gratification, when you consider how infinitesimally insignificant we are in the greater scheme of things we have an opinion of ourselves which vastly exceeds our true worth. 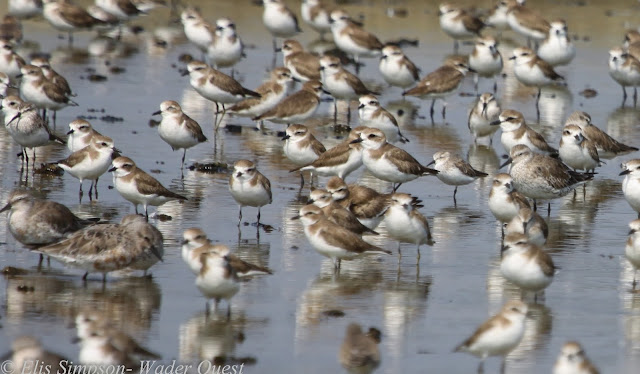 "We prefer the solar farm over the birds because we will receive a substantial amount of cash from it.”
Words fail me here. What trumps substantial amounts of cash? Pretty much nothing and certainly not the lives of birds it would seem. 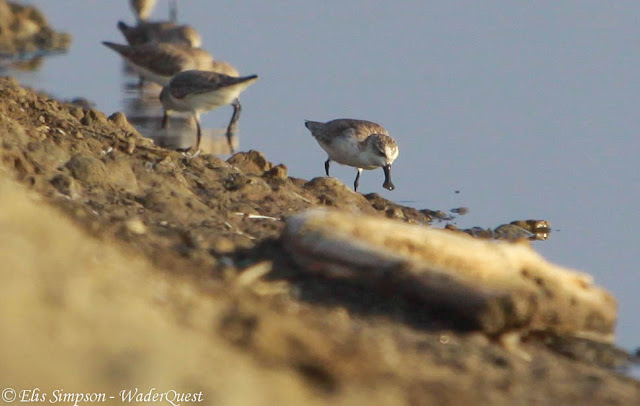 I'm sure there are many other suitable sites for a solar farm in that region that would not compromise the environment and threaten the very existence of the migratory birds, but few will perhaps be as cheap to exploit as this farmer. And who stands to profit most from this? Those who least need it. And who will suffer the most? The birds that utterly depend on it.

Wouldn't it be educational if we could wave a magic wand and get people with no respect for our beloved birds to live for a year as a migratory wader, especially a Spoon-billed Sandpiper, a bird for which the protagonists in this episode obviously have the utmost contempt? Only in this way could they possibly be made to understand (if indeed they were to survive the whole year) how b***** hard it is for these birds just to get from one day to the next. They would realise then just how incredibly important these few acres of salt ponds are and they might also realise that the majority of waders don't actually eat fish ("they also eat the fish from our ponds"). 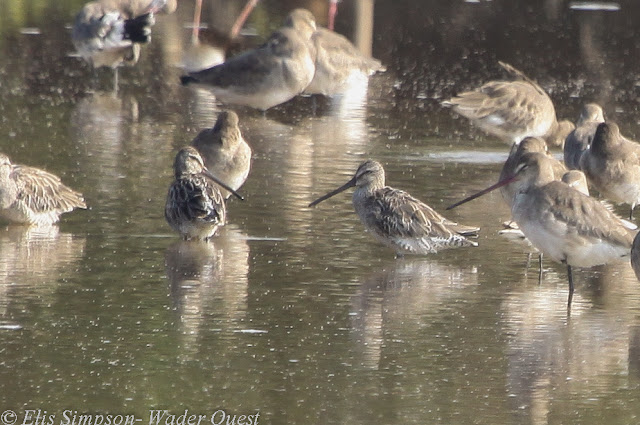 For a supposedly intelligent species it is amazing how some of us are happy to render ourselves deliberately blind to the world's environmental problems, which ultimately will be our nemesis. If there is a quick profit in it for us we choose not notice what ridiculous harm we are causing to our world and the animals that live within it.

Only a people that have an affinity with the natural world who cherish conservation as we do will be able to understand why this upsets me so much. Only they will perceive why this is so blindingly obviously wrong and only they will also be moved by the now familiar words that follow.

When the last tree has been cut down, the last fish caught, the last river poisoned, only then will we realise that we can't eat money. Anon.
Posted by Rick Simpson Birding at 14:24