Any invite that means visiting Slimbridge is tempting and when a facebook event invite came from A Focus On Nature (AFON) for their Christmas get together, we signed up. As a crusty old conservationist it warms the cockles of my heart to see so many young people who are keen to be involved in conservation, not just birders but from other areas of interest too.


After a brief talk from Martin McGill who is the Senior Reserve Warden at Slimbridge we all repaired to the theatre.

There Martin continued his dialogue with us using the stunning visual aid of a 'spoony cam' showing us the spoonies being fed, helpfully right in front of the cameras, by Nicky Hiscock one of the team that looks after these tiny, precious birds.


Martin told us all about the story so far and answered questions from the group leaving none of us in any doubt about his connection with these birds which he referred to as 'his children' having watched many of them hatch. It was great to see them scampering about reminding us of the privilege we had of seeing the birds in Thailand.


Next came a talk from Mya-Rose Craig who spoke of her take on world conservation. We were of course delighted that Wader Quest got a mention in her talk and to hear about her passion for waders and being an Ambassador for World Shorebirds Day. 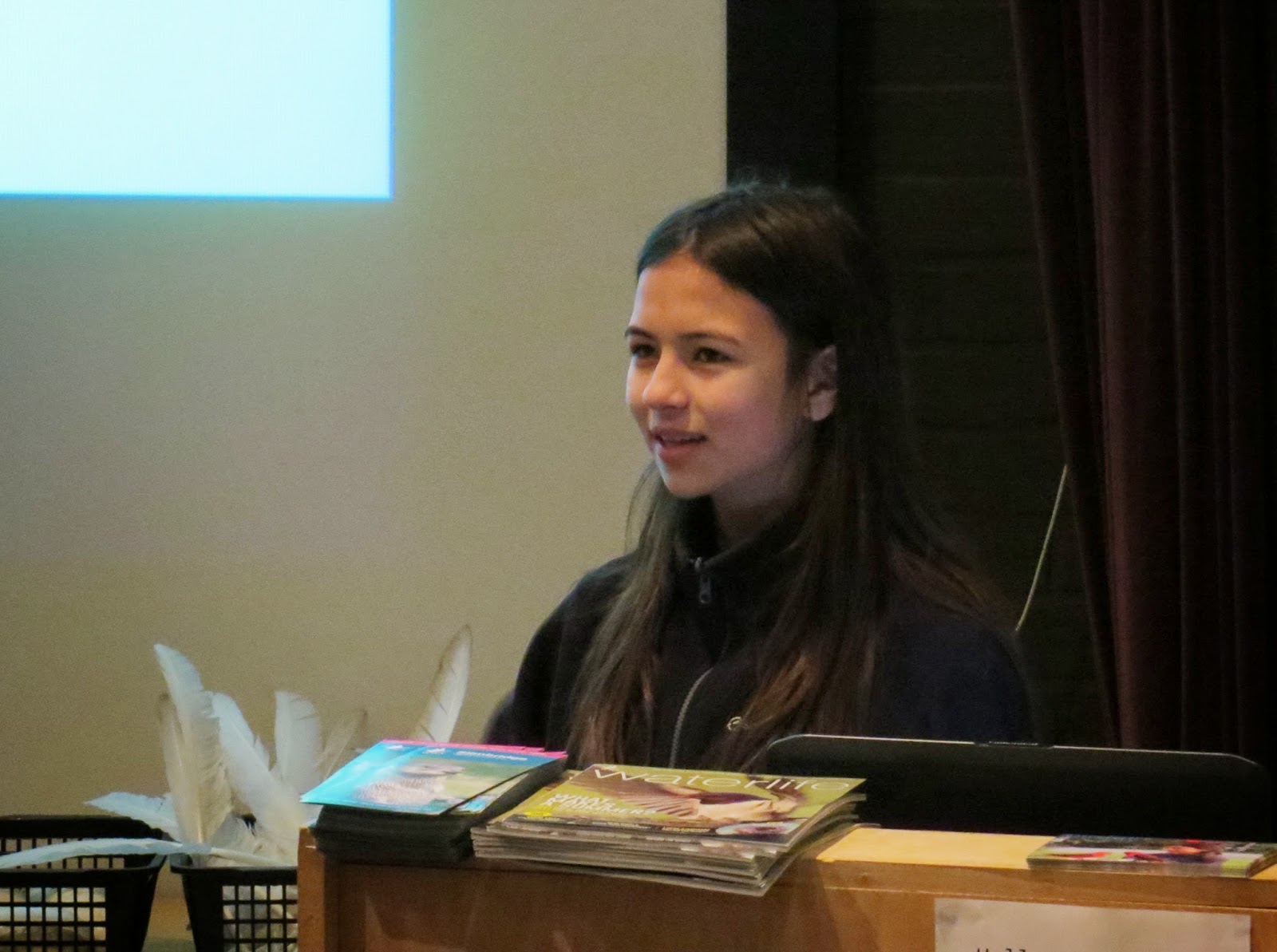 Most importantly though she touched on an ecological disaster that doesn't seem to be getting much attention in Bangladesh, that of the oil spill in Sundarbans in the river system of the biggest mangrove forest in the world. The problem seems to be the remoteness of this area and a general lack of either will or know how about how to proceed with the clear up.


Mya-Rose is a delightful young lady and while admitting that she has been very lucky in life she has put her experiences to a positive use. She has, unfairly I think, been criticised merely because she is young, some may say she is too young to understand or appreciate what she is saying, but talking to her face to face it is clear that she is speaking and acting from the heart. I hope that she will continue to grow as a conservationist and keep this enthusiasm and belief in what she is doing. After this we enjoyed a cuppa with Mya-Rose and her Mum Helena in the café while the others went on a reserve walk with Martin before we had to make our way home.


The ornithological highlight of the day was when hundreds of Northern Lapwings, Golden Plovers and Black-tailed Godwits took to the air simultaneously, quite a spectacle.

As we left the theatre Elis spotted some lapwings that school children had coloured-in very imaginatively. Lapwings are already one of the most stunning groups of birds anywhere, but just imagine if they looked like these!


Posted by Rick Simpson Birding at 08:58