Another lovely day weather wise and another brilliant day at the Falsterbo Bird Show, 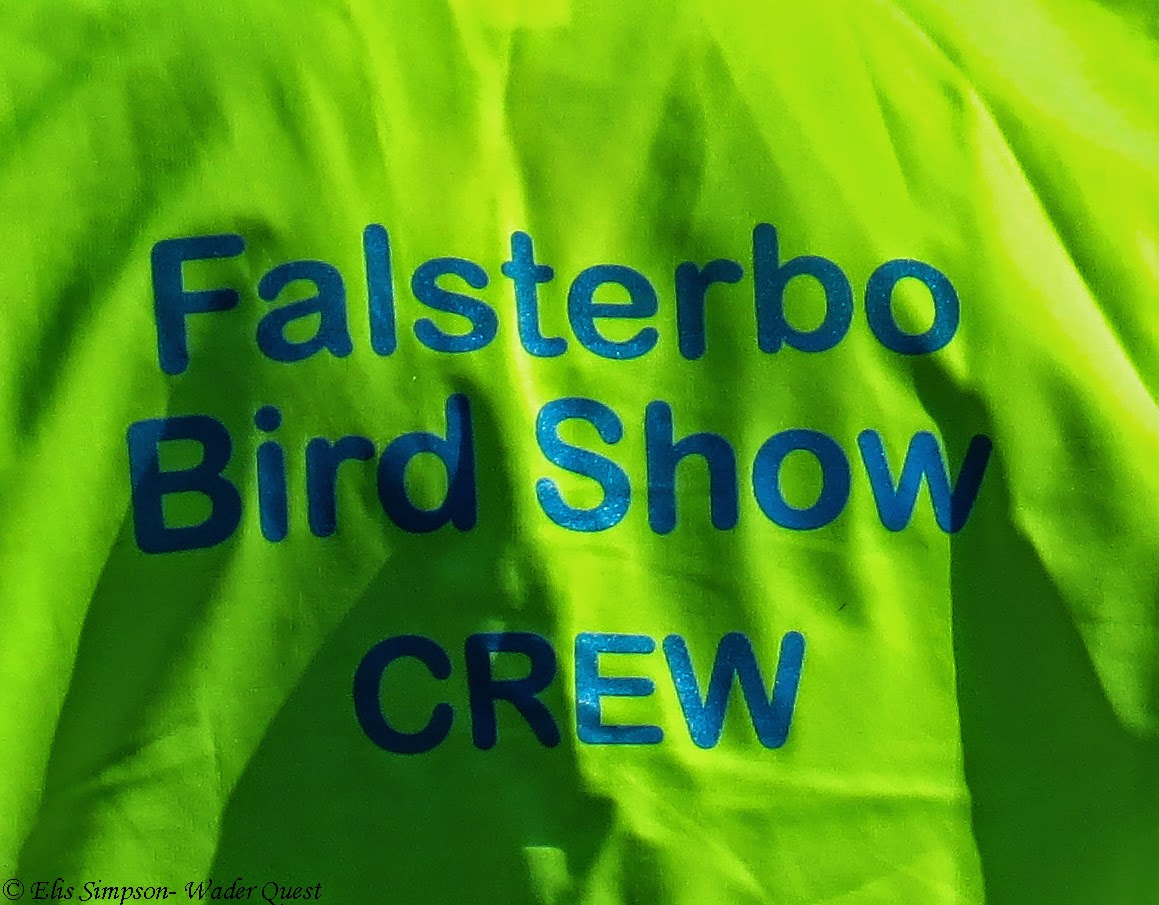 We gave a talk in the afternoon about Wader Quest which was very well attended,  this was very pleasing as virtually no-one in Sweden had heard of Wader Quest before this weekend.


We have been greatly encouraged by the interest and support we have received since arriving here in this beautiful country. Sales have continued at a brisk pace and we enjoyed answering questions about what we are all about most of the day.


One of the interesting people we met was Nanette Roland, who works for Leica and is involved in the Leica sponsorship of the Spoonies.


Later in the day Richard Crossley of the ID guide fame gave a talk which Elis was able to attend and greatly enjoyed, he later stopped by the stand for a chat in which we were joined by Lars Jonsson. (Talk about name dropping!)


We also had time for some larks with David Lindo.


Bird wise the best bird of the day was Red-footed Falcon, followed closely by White-tailed Eagle, both seen from our stand! Elis went chasing after a Black Woodpecker that Lars heard, but did not connect with this potential lifer. Plenty of times the passing crowd stopped to look up at a passing raptor, mostly Common Buzzards and, Eurasian Sparrowhawks, but one or two Honey Buzzards and Eurasian Hobbies mixed in.


There were a lot of famlies there and it was good to see all ages and both genders well represented throughout the day. 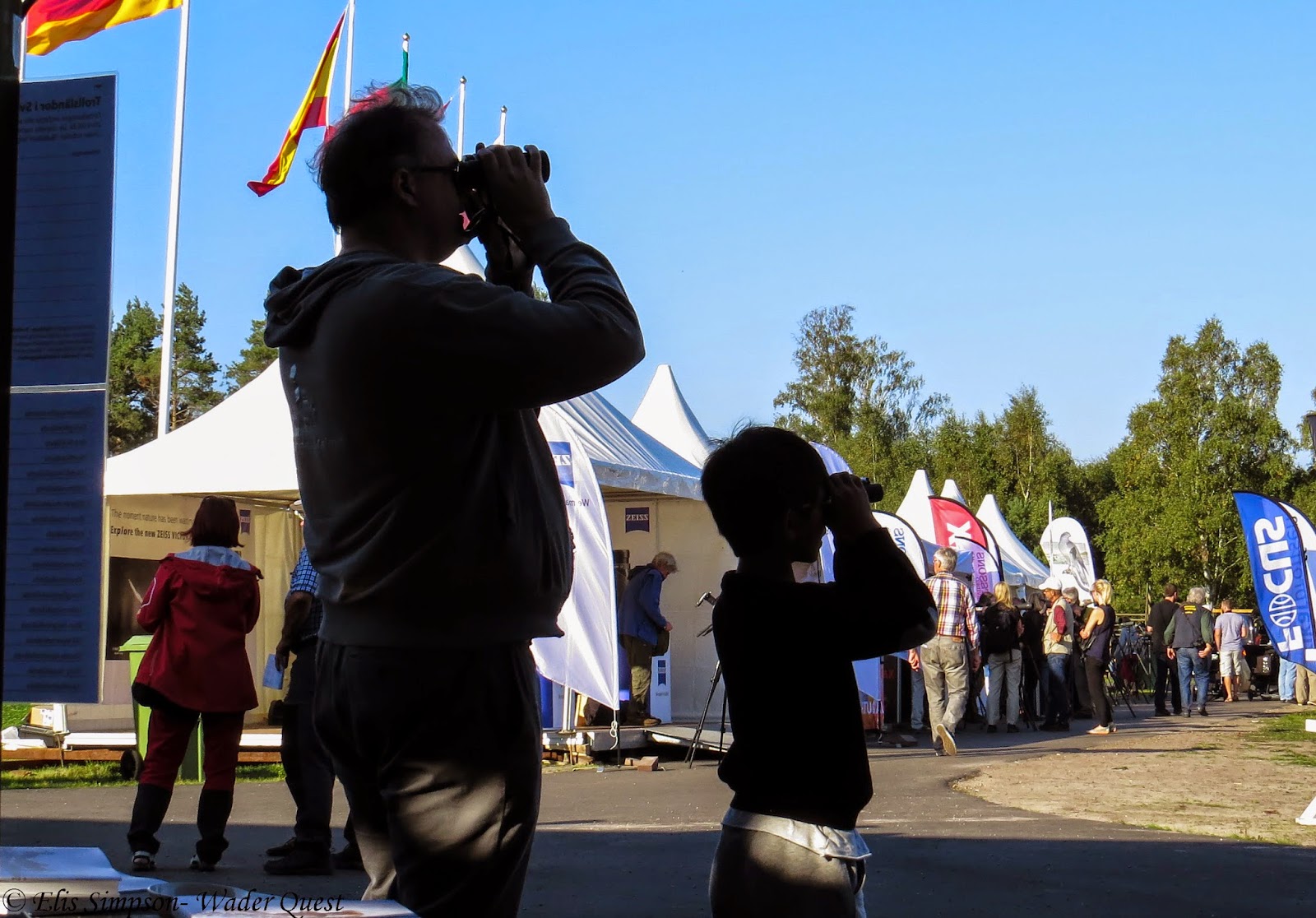 They start them young in Sweden... 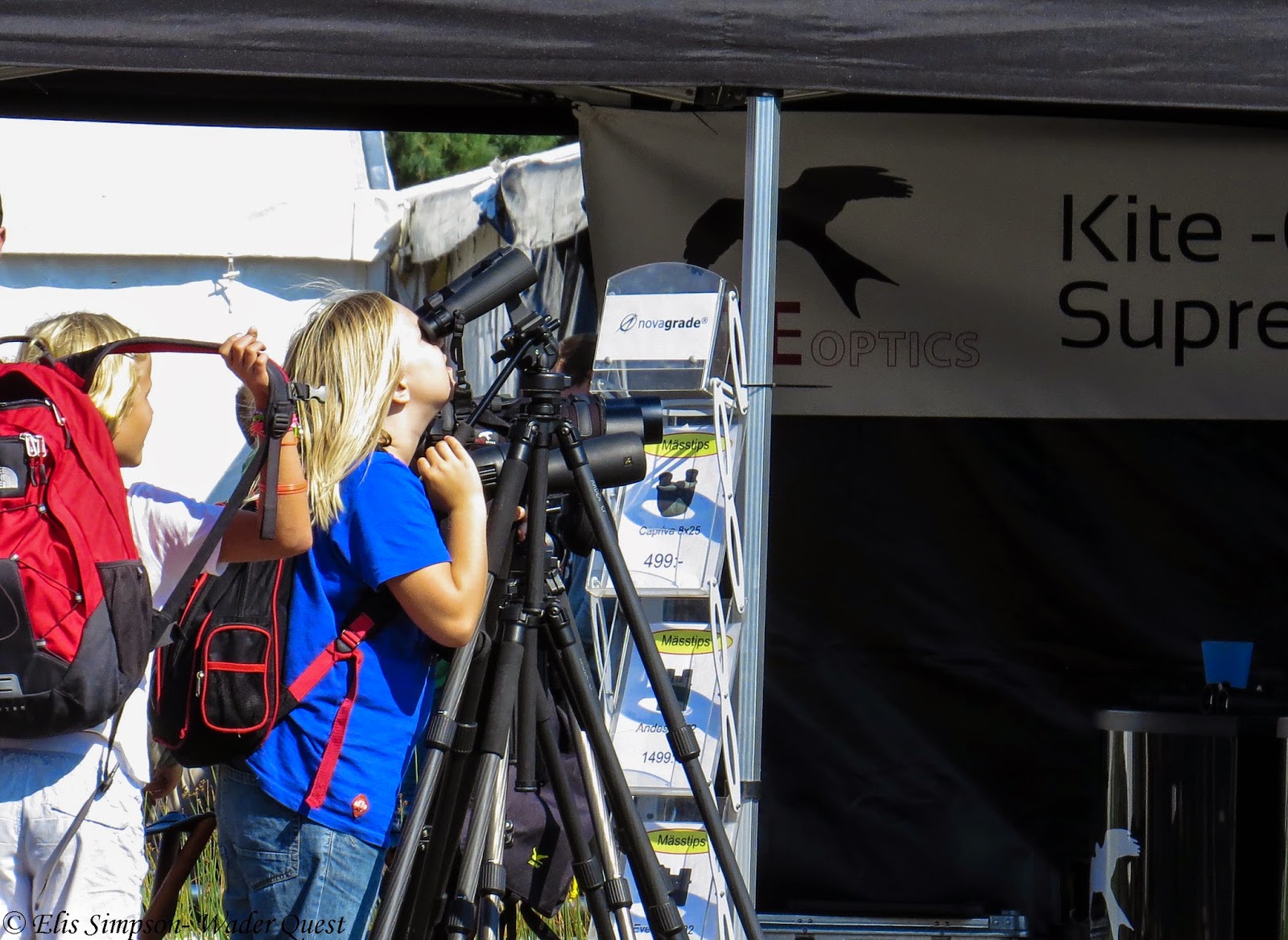 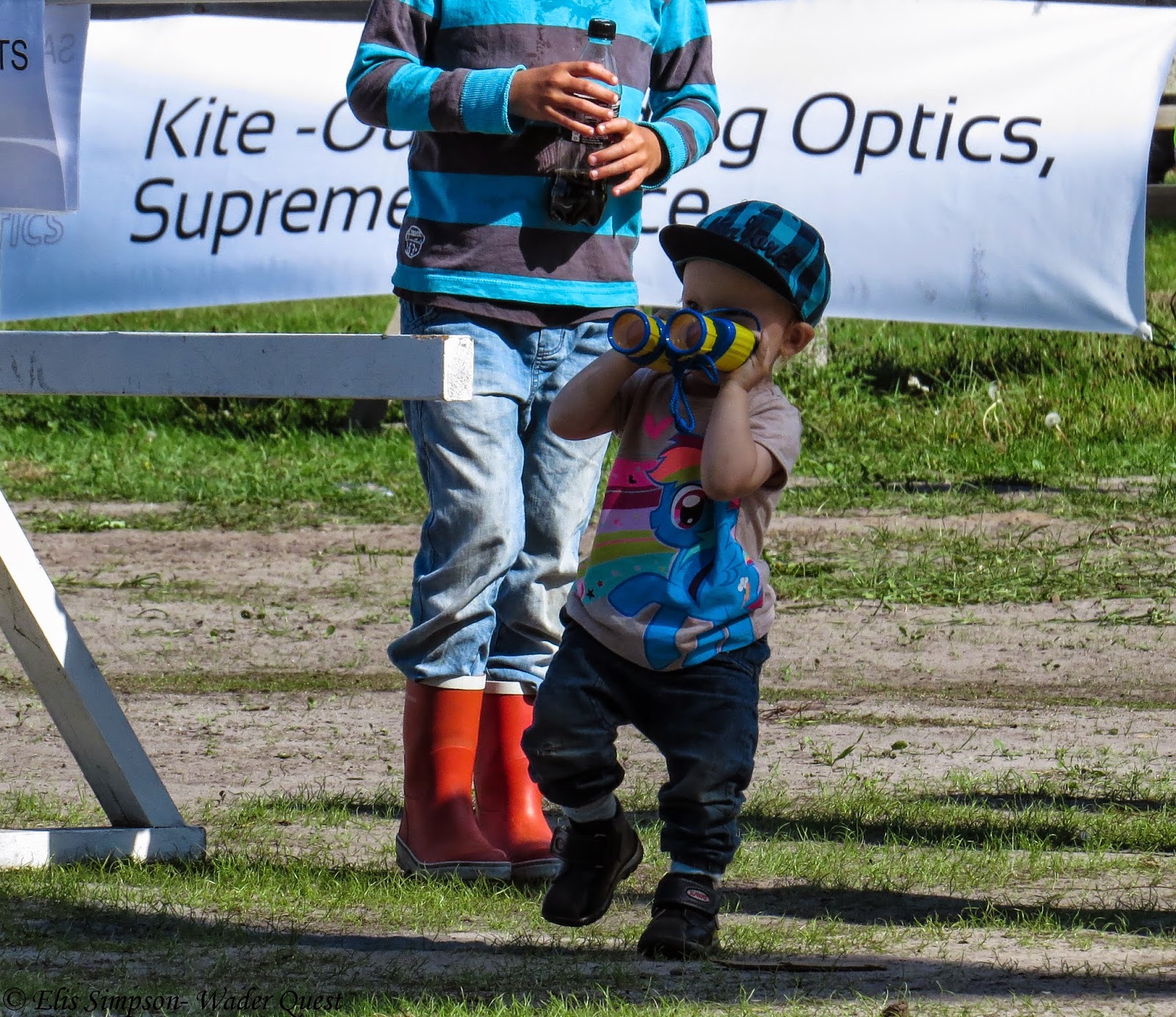 Posted by Rick Simpson Birding at 13:41