Happy New Year to one and all!

Elis and I would like to thank everyone that has been involved in our Wader Quest in 2013. There are so many people and organisations that have contributed to our cause in so many ways that we are nervous about listing them individually; firstly because it would take up so much space but secondly because it would be inevitable that someone would be missed and everyone who has helped in whatever capacity should be included in what has been a fantastic year for us. 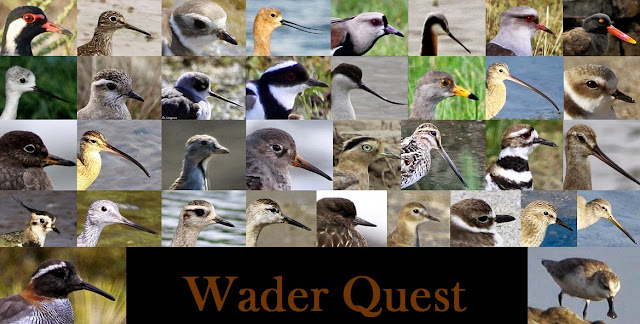 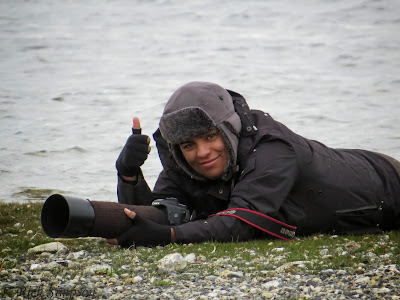 Any charity is only as strong as its suporters and you have all been instrumental in supporting us in the last twelve months at the beginning of a long journey continuing to champion wader conservation. You know who you are and we want you to know we appreciate it. 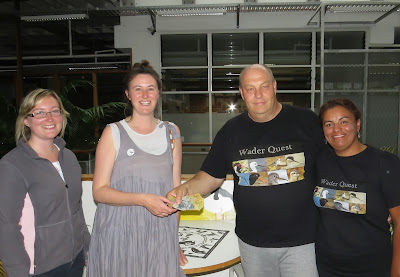 We would also like to extend an extra big THANK YOU to our friends Peter and Jenny Sharland and Sue Oertli of Wader Quest South Africa for their friendship and generosity this year during our trip to South Africa. Botswana and Namibia. Their continuous support during the year has made such a difference to us and we wish Sue well with ther Gauteng Challenge in 2014 especially the wader searching part which will continue to support Wader Quest's goal to raise funds for wader conservation projects.

Posted by Rick Simpson Birding at 07:10