Bangladesh is one of the most important wintering areas for the Spoon-billed Sandpiper and Sonadia Island is foremost among the national wintering sites for this species there.

The good news is that there has been an on-going project at Sonadia since 2009 aimed at stopping the subsistence hunting which was considered a major threat to the Spoon-billed Sandpipers. It has been largely successful with most if not all hunters being equipped and trained to earn a living in a more sustainable way. The area has been declared by BirdLife International as Bangladesh's 20th Important Bird Area. This is also good news for Nordmann's Greenshank, Asian Dowitcher, Great Knot, Eurasian Curlew and Black-tailed Godwit, all of which spend the winter there and are globally threatened.

The bad news is that Sonadia, despite being declared a national Ecologically Critical Area by the Bangladesh government in 1999 it is also earmarked for development as a new port which the government confirmed earlier this year will still go ahead in the next 5 years! 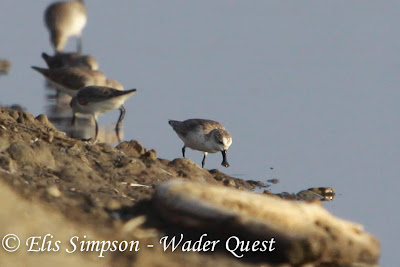 More good news came from China where it is now thought that there are many more wintering Spoon-billed sandpipers than previously thought, but again the bad news follows in that illegal hunting is on the increase in and around these critically important wintering areas. 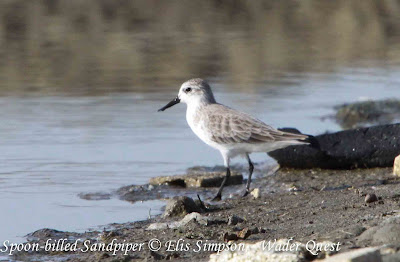 Of course work is now under way to address this problem, the local government officials have been advised of these illegal practices and local birders and international groups are working to see how this can be best tackled. 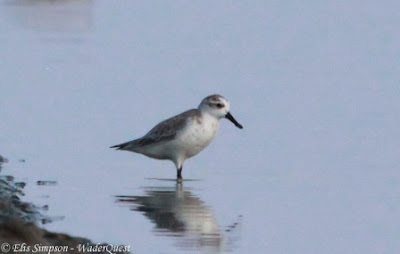 The more we find out about the Spoon-billed Sandpiper and the more individuals that are found, the better chance we have of saving this incredible species, but the battle is far from over and will we think be one of attrition. It seems that every piece of good news is tempered with a piece of bad news, but as knowledge is the key to saving species, then the flow is surely in the right direction, at least that is what we hope. 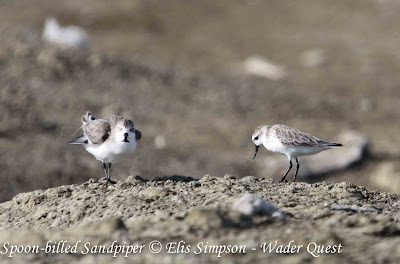 Read more about these stories:

Posted by Rick Simpson Birding at 02:42