We have arrived in Texas and have driven down to the Gulf coast at Galveston. We didn't have much time at the end of the day so we didn't pick up too many waders. 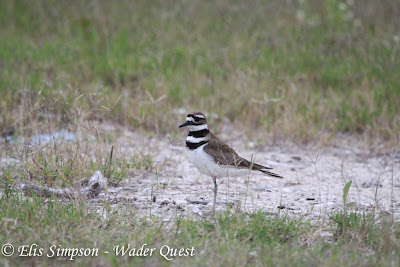 The first was Ruddy Turnstone that was walking along the roof of the building opposite out hotel! We then went for a short drive west along the coast road and cut in to look at the airport. Just before we got there we came across a Killdeer, which gave away that it had chicks the distraction display that it carried out. 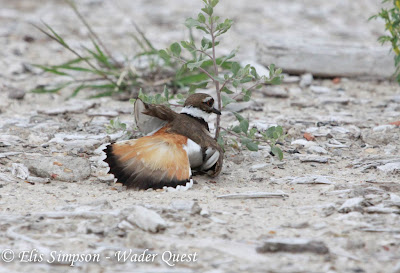 As we were watching this bird and its offspring a Grey Plover dropped in and gave us good views, good enough to see the hind toes! 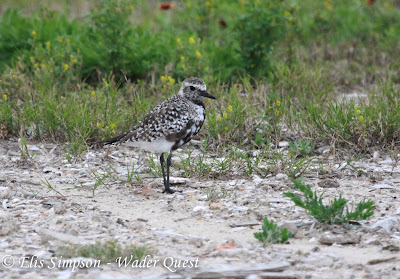 As we were leaving the field where we saw these plovers two birds flew in at the back of the field. I only had brief views and Elis' photos did not focus, but we saw enough of the upperwing pattern to know they were Upland Sandpipers with their pale inner wing dark primaries and you could even see the white primary streak! We saw them in flight several times, but not close enough to photograph.

On the airfield itself there were two Hudsonian Whimbrels, a couple mote Grey Plovers and Killdeers, but no sign of any more Uppies.

Up the road we came across a yellowlegs (not sure which) and a Black-necked Stilt. 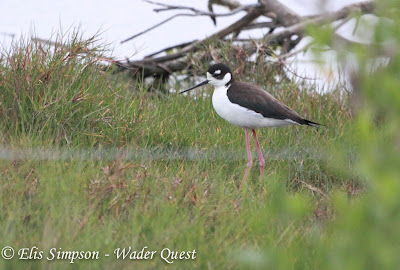 Returning along the sea road we added a willet, again not sure which, and three sanderling.

The Upland Sandpipers being new birds take our total to 83 but I sure hope we'll see more of them in better conditions later.
Posted by Rick Simpson Birding at 20:31